In this picture we see Cardinals fans waiting to enter Busch Stadium during a final season game in 2005. The new ballpark with the same name, Busch Stadium, opened in 2006.

Completed in 1966, Busch Stadium was considered one of the major league's most beautiful stadiums. Its crown of arched openings complemented the nearby St. Louis Arch.

StLouisPictures.com™ is not affiliated with Cardinals Care; however, a portion of the proceeds from the sale of this picture will be donated to Cardinals Care. Cardinals Care is the St. Louis Cardinals baseball team's community foundation which builds ballfields and supports agencies to help kids in health, education, mentoring and the arts. 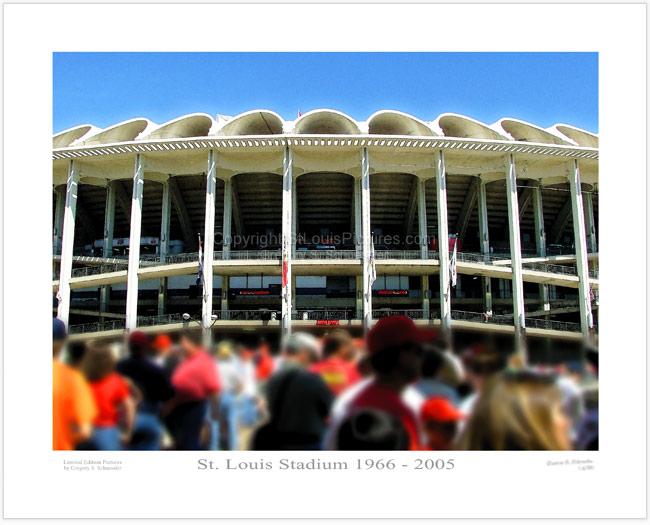 Please note that the printed pictures do not have the copyright watermark shown in the center of the picture. My pictures do not come with frames due to the weight in shipping, however you can view my framing recommendations.